Travel to Morocco. How to get there? 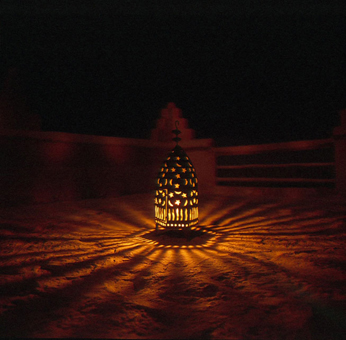 At present, the best option is via Marrakesh because of the large number of low-cost airlines that fly to the airport. Buses leave Marrakesh continuously for Ouarzazate, where it is easy to catch another bus or a shared taxi to Kelaa M´gouna. We can also send a taxi to pick you up (approx. 150 Euros). Kasbah Itran is about 6 hours by road from Marrakesh.
Most flights to Ouarzazate airport arrive viaCasablanca, with less than half an hour on the final leg. Kasbah Itran provides a shuttle service for passengers arriving at Ouarzazate airport -75Km from Kasbah Itran- and also Marrakesh airport, approximately 6 hours by road from Kasbah Itran. If you want to use this service, please let us know a few days in advance.

A passport is compulsory. A visa is not required when travelling from Europe, but the maximum stay for tourists is 90 days. When travelling by car you need both your driving licence and the Green Card, as well as the owner's written permission if the vehicle does not belong to the driver.

GMT all year round.

Vaccination is not required. Pharmacies are stocked with the same kind of medicines you can get in Europe. In mountain areas both medical services and medicines are scarce.

More information about health and vaccination matters: Center for Disease Control and Prevention 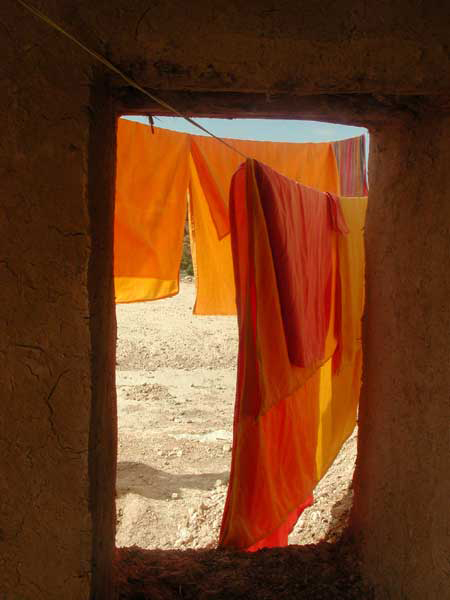 The official currency in Morocco is the Dirham (DH). 10 DH is approximately equivalent to 1,00 Euros.

Roads have greatly improved in the last few years and jeep vehicles are only needed to get to the most inaccessible places. Certain precautions should be taken, especially when driving at night. It's common to find cyclists, pedestrians and their beasts of burden on the hard shoulder. You can find petrol stations in all main roads and unleaded petrol can be purchased. Petrol is more expensive than in Spain but diesel fuel is cheaper.

The official language in Morocco is Arabic, as in all Arabic countries. The Berber language is spoken across the country in the areas under the influence of these people. French is the official language for administrative purposes and it is spoken by the majority of the population. Less people speak English, but it is on the increase. Spanish is spoken in northern Morocco. 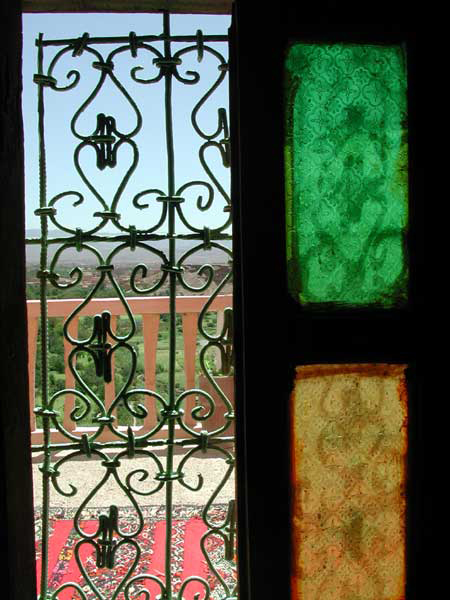 Apart of the exquisite Tajine (stew of meat of lamb and beef) and famous cuscus (base of very fine wheat semola of worn out wheat) there are a multitude of platters that turns the meals on a feast of scents and flavours. As well as a selection of sweets of Magreb, the desserts are delicious too. It is advisable to drink mineral water.

The coldest months of the year are November, December and January, but that's when you can enjoy the sight of the snow-laden Atlas. From February onwards, the temperatures get warmer and in summer they seldom get unbearably hot thanks to the tempering influence of the 4000 metre high Atlas, its snowy peaks and the 1439 metre altitude of the Kasbah region.

Check out the weather:

Bargaining is a traditional feature of shopping. Don't be afraid to join in

During the first weekend of May. It is an official celebration, organized to celebrate the end of the harvest of the roses. The Valley of River M' Goun, re-named the Valley of the Roses, is the great producer of the appreciated damascenes rose.
From the beginning of May the women gather one by one the flowers that will serve as base to make different cosmetic products, among them rose water.
At the end of the harvest the inhabitants of the neighbouring towns and people come from all the corners of Morocco to meet in the locality of the Kelaa Mgouna to celebrate the great popular celebration of “the Moussem of the Roses”. During the three holidays it is developed to a program of songs and folkloric dances.